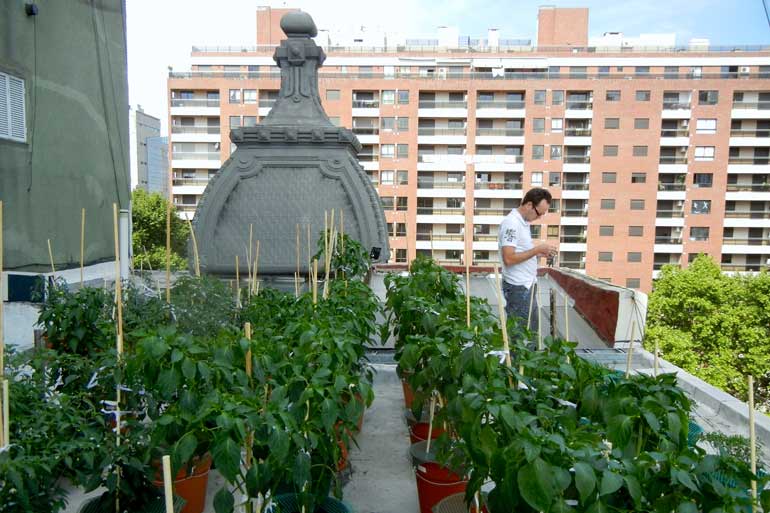 It’s not easy being a vegetarian in Argentina, so imagine how difficult it is if you’re a vegan.

After two weeks in Buenos Aires with a couple of vegans from North Florida, here’s what I learned.

1. Vegetarian here means no beef. It does not mean no meat. And vegan is a totally foreign concept.

For the first couple of days I’d ask if there were any vegetarian dishes. “Sure, we have chicken dishes or ham and cheese empanadas, for example.” Then I’d explain I meant dishes with no meat. But the word for meat is carne, which means beef. “They don’t eat any land or water animals,” I would explain, “or any products of animals like eggs, cheese, milk, etc.” This explanation usually worked.

2. Salad, french fries, pizza and pasta (although most are made with eggs) are your best bet.

Salads here are fresh and cheap and virtually every restaurant has them. Argentines, though carnivores at heart, are very creative with their salads and you can pretty much guarantee there will be no land or water animals of any kind.

I’ve had the best fries I’ve ever eaten here in Argentina. When I asked what they did to make them so scrumptious, the waitress said they were fried in lard. It’s probably worth asking if you’re going to order fries.

The Italian influence here is everywhere. The way they drive, the way the men flirt, the way they speak Spanish. And yes, the way they cook or at least what they cook. For good pizzas try Piola or Romario. But your best bet for creative vegetarian-style pizza (and some pasta dishes) is Flor de Lino in San Telmo.

I’m a bit picky when it comes to pasta. There’s a place everyone says is wonderful on the corner of Cordoba and Esmeralda. It’s called Broccolino and it has the feel of an authentic Italian restaurant. My pasta was drowning in sauce though and the cheese they piled on top of it became a melted layer of rubber. Ask them to bring the cheese to the table and put it on yourself. If you’re used to eating pasta in the States, you’ll probably like the pasta here. If you’re Italian, order something else.

3. Thai and Indian restaurants are plentiful.

For Indian food, try La Reina Kunti in Almagro or Krishna in Palermo.

4. Read the menu before you enter. Even some of the best parillas (steak places) offer fantastic vegetable dishes.

One of my favorite restaurants in Las Cañitas is a typical parilla called Las Cholas. They serve some traditional dishes from the North of Argentina along with the standard parilla fare. Try the vegetables from the oven (al horno): squash, potatoes, corn, and pumpkin cooked with honey. They also have some delicious rice and vegetable dishes but these usually come with a creamy cheese.

Argentines are proud of their city and love to offer advice. Friends came running to my aid with a few amazing suggestions. The picture above is of Bio, a fantastic place that serves macrobiotic cuisine and delicious fresh juices.

A bit more upscale is Verdellama which claims to specialize in “life food.” The chef is well-known Diego Castro who used to run a one-night-a-week all vegan restaurant from his home.

To find restuarants by type of food, location, or rating go to the Oleo Guide of restaurant in Buenos Aires.

Also interesting is this article in Spanish Recorrido vegetariano on vegetarian options in the capital.