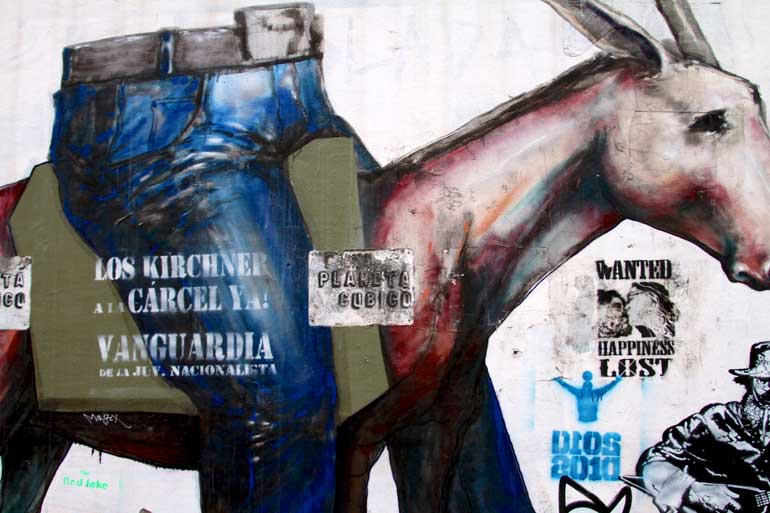 Yes, this post is long overdue. Let’s switch things around this time and start off with some expressions for entertainment. And, since we’ve had a lot of demonstrations (peaceful pot banging mostly), strikes (the ongoing farmers strike), and disagreements (the decidedly inept government of the Kirchners), we’ll use that as the theme.

First off, our title. The ubiquitous che! Che can come at the beginning or the end of a sentence as a simple interjection, or to avoid saying a person’s name. It’s like calling them “mate” or “dude.” But it is often used as a filler, a meaningless interjection just thrown in there.

The second most important aspect of Argentine Spanish to learn before you get here is the pronunciation of the ll (as in calle) and y (as in yo). Typically, they are both pronounced like a y in other Spanish dialects.

The pronunciation of both the ll and the y change depending on which part of the country the speaker is from. We’ll look at how the porteños pronounce them, since most people will be visiting Buenos Aires and this pronunciation is the one that confuses.

ll and y are both pronounced as “sh” (for example, shop). So, the word calle becomes “cashe” and yo becomes “sho.”

Here’s a short dialog to get you used to it. Click here to download the mp3 file of this dialog and listen to the Argentinean pronunciation of ll and y.