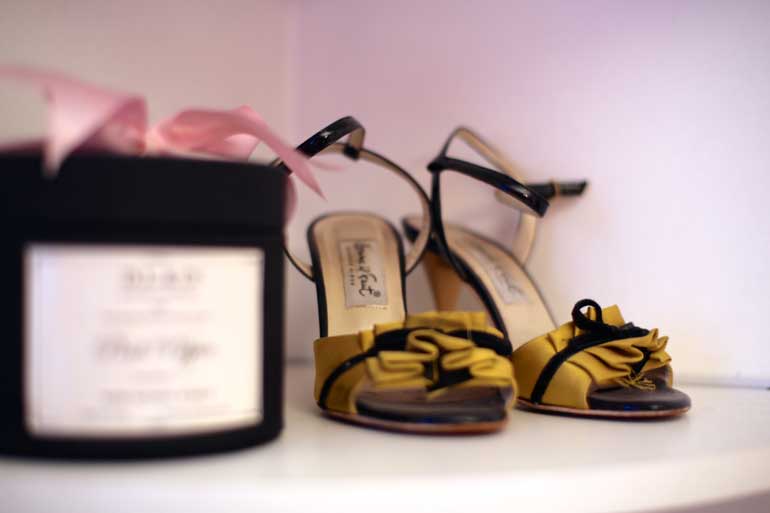 I should begin by pointing out that I don’t know how to dance tango. I think it’s amazing though and I’d love to learn. So when my mom and niece were coming to visit, I decided it was time to take a couple of classes with people who know as little as I do and with whom I have no problem looking like a fool.

Trying to decide where to take tango classes in Buenos Aires is about is no easy task. I asked everyone I know who’s in the tango world and there was no consensus. A lot of people recommended La Viruta, the massive milonga in Palermo, but I had heard the classes at La Viruta were very crowded and I also knew that it attracts a younger group of people. Worried my mom might feel out of place and that we wouldn’t get any one-on-one attention from the instructors, I looked for something smaller. Tango Brujo was recommended in a discussion on Couchsurfing. And since I think the crowd over at Couchsurfers is pretty cool (read an earlier post about this project here), it sounded right for us, too. Tango Brujo is housed in a beautifully renovated building on Esmeralda in downtown Buenos Aires. There’s a gorgeous shop on the ground floor. The shoes and clothes are enough to make anyone want to become a tango aficionado. Unbelievably cool stuff! Head upstairs for the cozy dance studio.

They offer classes for all levels and throughout the week, which makes planning a lot easier. We took two: Introduction to Tango, and the Beginners and Intermediate. What I liked about our classes at Tango Brujo was that there weren’t too many people and yet there were enough of us to change partners and get in a good bit of practice. The classes were in English and Spanish and the instructors were excellent. They were great at figuring out how quickly they could move on to the next step, who needed a bit of individualized attention, and making sure everyone was dancing even though there were more women than men and pairing people up was sometimes hard to do.

Tango is as hard as I’ve always heard it was to learn. The problem for my mom, my niece and me was that in Louisiana we dance to Cajun or Zydeco music. It’s fast and loose. Hips move and bodies swing in Louisiana. By the end of the class, we’d learned to keep our hips still and wait for the guy to let us know what was coming. But sometimes it felt like I had to wait for an eternity and then I realized… that’s it. It’s that longing and resistance between the two that creates the mood.

An ex-boyfriend once told me I’d never be able to learn tango because I wouldn’t be able to let the guy lead (he was pretty mad at me when he said that). He may have been right, but now that I saw how that anticipation of the guy’s lead is how the couple manages to feel each other and know what’s coming without having to look at their feet or even at each other’s eyes and without their bodies even touching, I’m much more interested in trying to follow.

Here’s a short video of our first instructors, Pablo and Anita, at the end of the class showing us the steps we learned.

The classes cost 15 pesos per person. There’s a complete schedule on the beautiful Tango Brujo website.