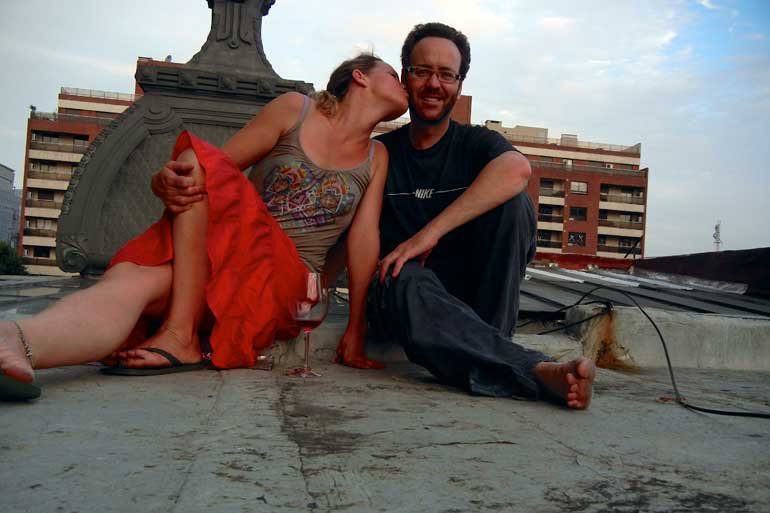 It’s a holiday weekend and what weather we are having! I’ve just come back from a trip home to Louisiana where it was cooler than here in Buenos Aires today. I love it!

So, what have we been up to? Well, besides visiting the family back home, I’ve spent the past few months looking for an apartment, getting it set up and learning more than I ever wanted to know about the art of getting stuff done in Buenos Aires. By stuff done, I mean things like getting the Internet hooked up, heaters working (which we don’t even need yet), hooking up the hot water, sealing leaks in the roof, finding a technician to work on our fridge which was freezing everything… really fun stuff like that.

Long-term apartment rentals here don’t work the same way they do in the States. They aren’t painted and readied up for the new tenants. Your phone may or may not work. Your toilet may spray water at the wall when you flush it. It’s quite an adventure. I went through it two years ago in the last place I rented. And here I am again, spending my days on the phone with the operators of the various companies to see just when they think they may come by…

“You’re on the list.”
“Great, so they’re coming today?”
“They’ll call you.”
“But my phone doesn’t work.”
“They’ll ring the doorbell.”
“That doesn’t work either. This is why I’m calling you to see when they’ll come.”

We haven’t had Internet for about two months even though we placed the order the first week of April. Seriously! We’ve been waiting for seven weeks for the guy to bring us the modem. One day, they called us just to let us know that they would be calling. They didn’t call. Then we learned that you can actually pick the modem up yourself. Ah, but there’s a catch. If you’ve already ordered Internet and you’re on the list, you cannot come by to pick it up. You have to cancel your order and then order it again 72 hours later and tell them that you want to come to pick up the modem yourself.

Ok, I don’t have that much to complain about because I love the new place. It’s in the same building as the Loft and the Pad, the two apartments Natalia, Gonzalo and I rent out. In fact, since we had no hot water and our fridge was freezing everything, we stayed in the Loft for the first week.

Here’s what sold me on the new digs…..we’re on the top floor and we have a dome! A dome! (On our Flickr site you can see our process–still ongoing–of making the Cupula a home.)

John hated the place when he first saw it, but I begged him to give it a chance. I mean, when will we ever live in an apartment with a dome again in our lives? It’s taken a lot of work to make it livable, but John and I have hosted our first guest. His sister made her first trip overseas and we may have even convinced her to see if her company would transfer her to Buenos Aires. Now, that’s a successful visit!