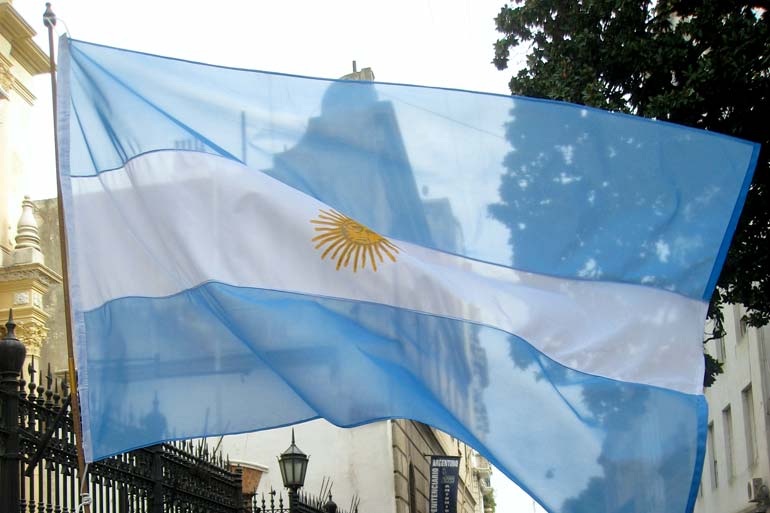 Get out your blue and white (celeste y blanca) flags, it’s World Cup time! Actually, it feels like we’ve been surrounded in blue and white for months now since just a few weeks ago Argentina celebrated its 200th anniversary. There are some amazing photos here and here and here of the light shows on buildings, the parades, and the reopening of Teatro Colon, which has been closed since late 2006. The Bicentennial celebrations brought a reported 6 million flag-clad people to the city.

Where to Watch World Cup Matches

The crowds have left but the party is still going on. The government of the city of Buenos Aires called my home phone yesterday to let me know that there would be a huge screen in Plaza San Martin broadcasting the World Cup matches. Can you believe that? They call you at home. Then my buddy Naty called and told me that if I need to buy anything or have any work done over the next month, I should forget about it. No one will be working since the games will be during the day. Vamos, Argentina!

If you’d rather be inside, there’s a sports bar in Recoleta called Casa Bar that serves delicious buffalo wings and hamburgers. And if soccer isn’t your thing, Casa Bar also broadcasts the NBA finals. Oh, and there’s another advantage to going to Casa Bar. They have the widest variety of booze around. They even have Kettel One vodka.

Quilmes may not make great beer, but they definitely produce great commercials. And those poster ads from the 40’s. I’ll be out looking for them in San Telmo’s antique fair. Here’s one of the most famous Quilmes ads for the World Cup (with English subtitles).

Talk about a great way to learn something about Argentinean culture. These ads are sooooo Argentine. We’ll add more this week because they’re just too much fun to stop at one or two.

Do you guys know of any other places to watch World Cup matches?